Ron Merkley began his real estate career in 1972.He became a real estate broker in 1974. He was awarded his F.R.I. (Fellow of the Real Estate Institute) in 1979. Since 1984, the main focus of Ronâ€™s career has been appraisals. In 1990, Ron obtained the accreditation AACI from the Appraisal Institute of Canada.Ron has always been active in his community. He was a coach and manager of various minor hockey teams, and was involved as an owner of the Jr. A team in Brockville.

Ron served as a volunteer firefighter with the City of Brockville, and received a 25 year long service award from the Ontario Fire Marshal. Ron served as President of the Rideau St. Lawrence Real Estate Board for two terms, and was elected President of the Ontario Real Estate Association in 2000. He is a past director of the Kingston Chapter of The Appraisal Institute of Canada. He is currently a member of the Arbitration and Ethics Committee of OREA.

He is currently Chair of the 1000 Islands Community Development Corporation, having served as a board member since 1990. In 2017 Ron received an award from his peers and the Rideau St Lawrence Real Estate board for his ethical, professional, enthusiastic and caring approach to the real estate industry. Throughout his life Ron has demonstrated his commitment to the community and to his profession. 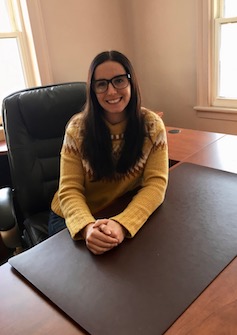 Since graduating in 2015 from Carleton University with an Honours Bachelor of Arts degree in Law and having completed all requirements set out by the Appraisal Institute of Canada for candidate appraisers, Allison has applied her skills to the appraisal of residential real estate for a variety of purposes for our clients. She is an invaluable part of the team.

Our beloved Golden Retriever Journey visits the office from time to time. Having been rescued from the streets of Bursa, Turkey, this very special and loving dog is pleased to help out by greeting clients. Journey loves visitors and would love to meet you, so drop in and say hello. 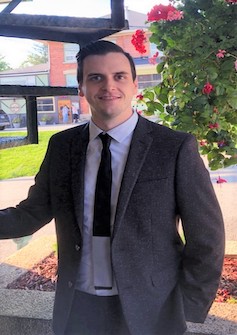 A graduate of University of Ottawa holding an Honours Bachelor of Commerce degree in Finance, Ryan has joined the firm's team, having completed the educational qualifications to become a candidate member of the Appraisal Institute of Canada. Ryan has always been enthusiastic about real estate and has a particular passion for appraisals.